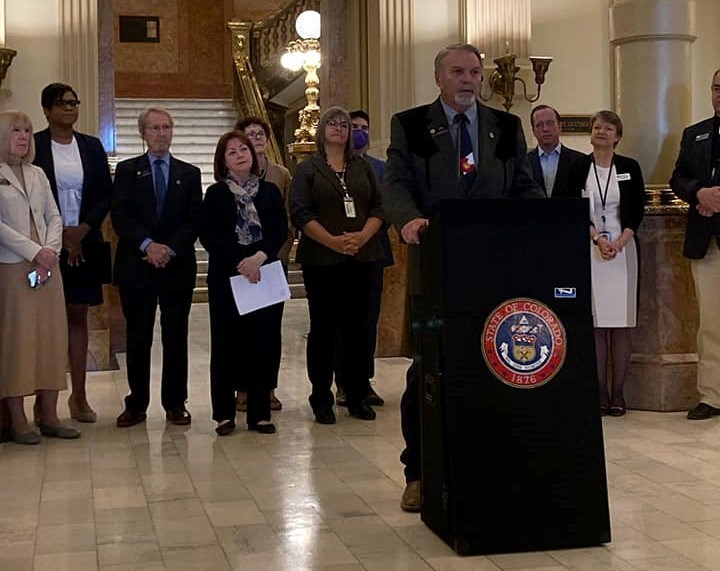 Representative Rod Pelton was recently named a 2022 Community Behavioral Health Champion by the Colorado Behavioral Healthcare Council. He says he is "truly honored and humbled to receive this honor."

For the fourth year in a row, Representative Rod Pelton was honored to receive the Faith, Family & Freedom Award from the Centennial Institute at the recent Western Conservative Summit. This award places value on legislation related to tax cuts, limited government, compassion for the poor, the sanctity of life, traditional family values, original intent of the Constitution, free markets, reducing drug use, and other important social issues. Pelton received the award along with several fellow Republican legislators. 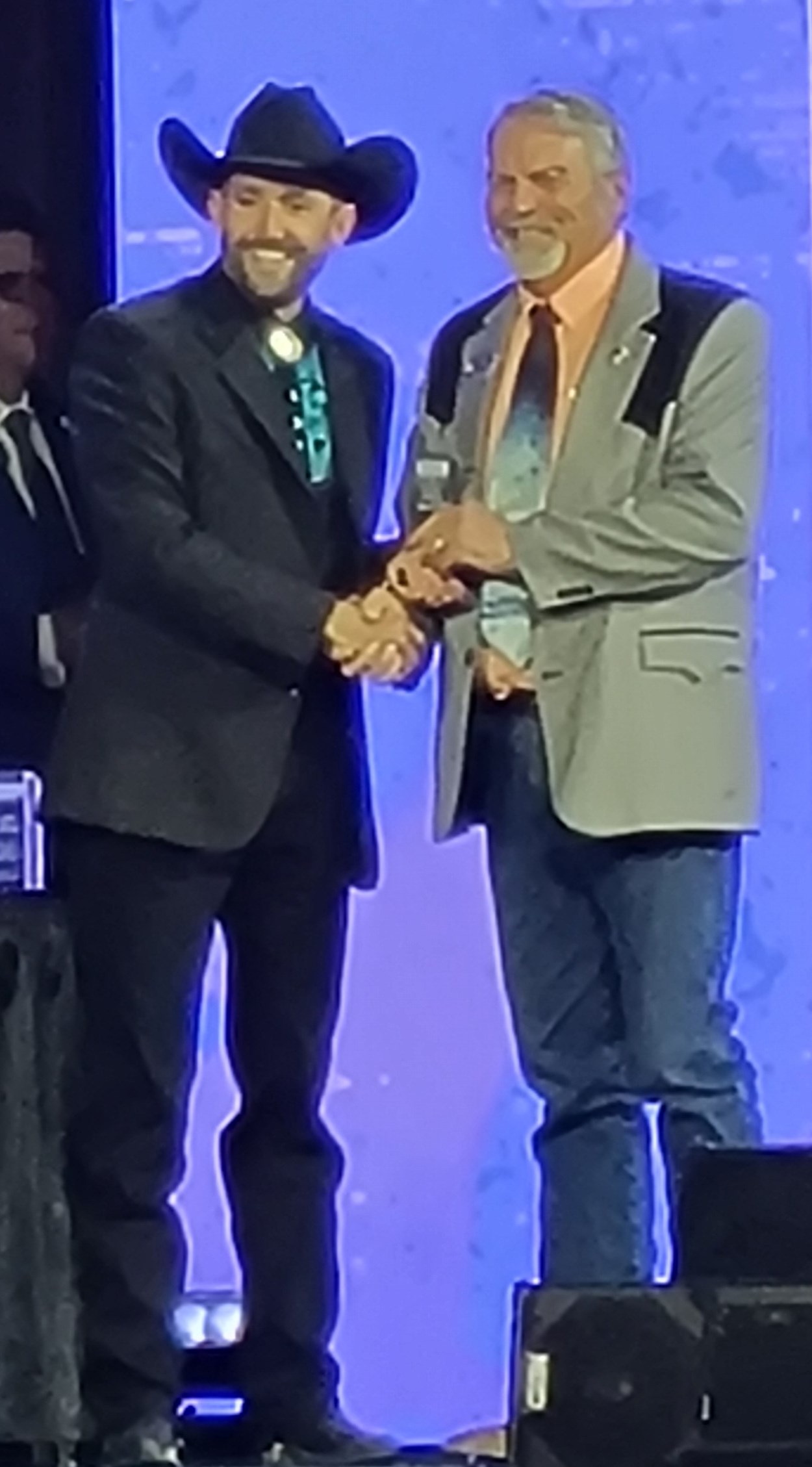 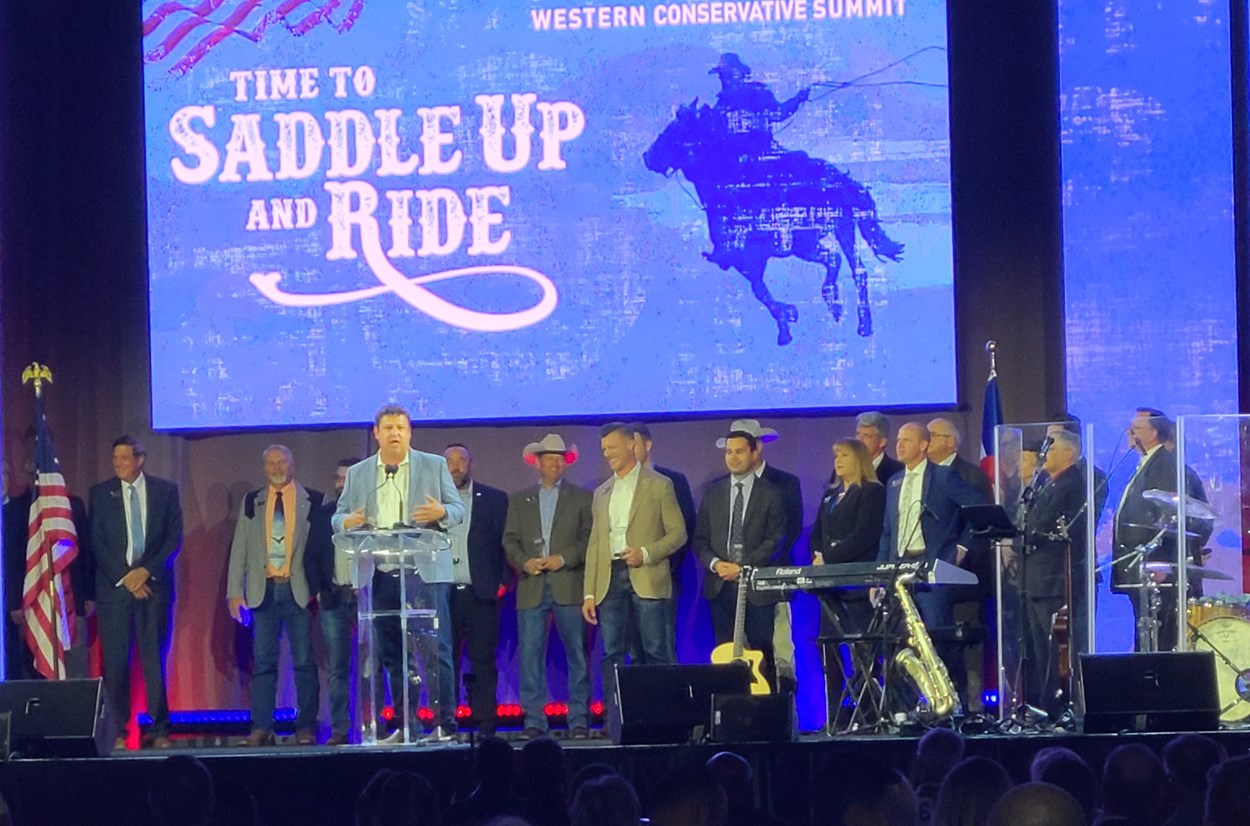 Representative Pelton was honored to be receive the 2021 Legislator of the Year award from the Colorado Chiropractic Association. Thank you to Dr. Jason Barnes who presented him with the award. 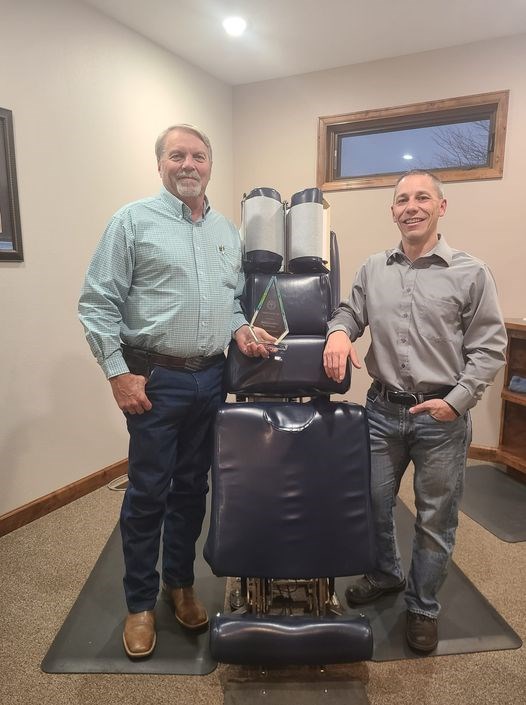 Representative Rod Pelton was recently named Legislator of the Year by Pro 15, a non-partisan grassroots organization dedicated to helping to shape the future of Northeastern Colorado. Each year Pro 15 recognizes Colorado legislators who they feel have been outstanding in their work, support, and advocacy for Northeastern Colorado. Rod was chosen in particular because of the work he has done at the Capitol in the areas of Behavioral Health and Substance Abuse.

Representative Pelton announced that he will be a candidate for the newly formed Senate District 35, which is comprised of parts of former Districts 1 and 35 in southeast Colorado. His hope is to take the skills and the knowledge that he has acquired as a State Representative and put them to use in the Colorado Senate representing the people of southeastern Colorado.

As Colorado’s House Republican leaders, we think Democrats are taking a wrong turn on transportation

Their "Democrats" bill is titled, “Sustainability Of The Transportation System,” but it’s hard to see how this 207-page policy behemoth is “sustainable.”

A little over a mile of U.S. Highway 138 is being renamed to honor Northeastern Junior College legend Jack Annan.

A bipartisan bill that Governor Jared Polis signed into law on April 22 lays the groundwork for a new government entity to manage the state’s myriad programs in one central place and streamline care. House Bill 21-1097 — sponsored by Representatives Mary Young (a Democrat from Greeley) and Rod Pelton (a Republican from Cheyenne Wells).

A little over a mile of U.S. Highway 138 is being renamed to honor Northeastern Junior College legend Jack Annan. State Reps. Rod Pelton and Richard Holtorf are sponsoring the joint resolution in the House.

On April 14, the General Assembly sent to the governor a bill that could establish a new state agency. House Bill 1097 contains recommendations from a behavioral health task force, including setting up the behavioral health administration, initially to be housed within the Colorado Department of Human Services.

In an event separate from the barbecue, state representative Rod Pelton will be visiting Inklings Book Store on Saturday, March 20, at 10:30 a.m. for a “Meat and Greet” in response to “MeatOut Day.” He will be there to listen to constituents’ concerns and encourage people that he’s fighting for their interests. State Sen. Jerry Sonnenberg may also be in attendance, depending on scheduling.

"Meat" and Greet with Rod Pelton on March 20th

The Colorado House on Tuesday morning voted to pass a bill that would create a statewide behavioral health administration agency. Sponsored by Reps. Mary Young, D-Greeley, and Rod Pelton, R-Cheyenne Wells, the bill to create the Colorado Behavioral Health Administration passed by a vote of 52-8.

Now this session of the Colorado Legislature, we have a unique opportunity in Colorado to pass the “Deregulate Meat Sales Direct to Consumers” bill, sponsored by Senator Jerry Sonnenberg, Representative Rod Pelton, and Representative Donald Valdez, a bill that removes barriers to consumers purchasing beef directly, and if it reaches my desk, it’ll be one of the bills that I’m most excited to sign.

Can Republicans flip Colorado? Brauchler, others say they can at annual Morgan County Lincoln Day dinner

Colorado’s state government, controlled by a Democrat governor and with Democrat majorities in both the House and Senate, does not have to stay that way, Morgan County Republicans were told Monday during their annual Lincoln Day Dinner.  “We’re in a fight, but it’s a fight worth having,” Pelton said. “We haven’t changed. The Front Range has changed.”

On February 22 HB 1062 was killed, but it was then combined with the Senate “Deregulate Meat Sales Direct To Consumers” bill sponsored by Sen. Jerry Sonnenberg, R-Sterling and Rep. Rod Pelton, R-Cheyenne Wells.
Two bills were recently presented to the Colorado General Assembly to help farmers and ranchers weather the dismal markets for their animal products caused by the COVID-19 pandemic and the government’s response. The two bills have since merged into one, which has been moved forward in the Senate.

Rep. Rod Pelton, R-Cheyenne Wells, noted that the bill caps the number of pet stores that can sell puppies and kittens to those already in existence. The amendments Thursday clarified that no new pet stores would be granted new licenses to do so under the bill.

"I applaud you for working so hard," Pelton said, but that didn't move him to vote for the bill.

Rep. Pelton elected as the Whip for the Minority in the House of Representatives

The National Rifle Association of America awarded Rep. Pelton an "A" rating and endorsement for the 2020 Colorado General Election. This endorsement is a reflection of his steadfast support of the Second Amendment and excellent voting record on firearm-related issues during his tenure in the Legislature.

Endorsements from FOP and COC

Awards Received for the 2020 Session

During the 2020 Session, Representative Rod Pelton fought hard against government overreach and stood steadfast for the principles of the rural Colorado way of life. With the strong stances that he took in the unprecedented session, Rep. Pelton received multiple awards during the interim. Rep. Pelton's accolades have included a 2020 Faith, Family, and Freedom award from the Centennial Institute and a Commonsense in the Courtroom award from Colorado Civil Justice League. Representative Rod Pelton is looking forward to continuing to fight for House District 65 and all of Colorado in the 2021 session of the General Assembly.

State Rep. Rod Pelton, R-Cheyenne Wells, heaped criticism toward Gov. Jared Polis during a virtual town hall Monday for the inability he has experienced to get a timely response to communication.

“We’ve written, collectively and individually, letters to the governor. I think every [Republican] member has reached out in some way,” Pelton said. “It takes two to three days and even up to a week to ever get him to answer me.”

Prisons bring a huge economic boost to rural Colorado and leave a gaping hole when they leave. For rural Colorado, in my district and outside of my district, Representative Pelton fights for the protection of economic gains.

Representative Pelton and his wife were able to take a trip to Israel. He has described it as a once in a lifetime experience that has made him more aware of the perspective of others.

A reflection on the 2019 Legislative Session

Rod Pelton was interviewed on August 16 by Brian Allmer of "The Barn". Listen to what he had to say!

We've been busy hitting the local fairs. So good to see so many people and feel their support! 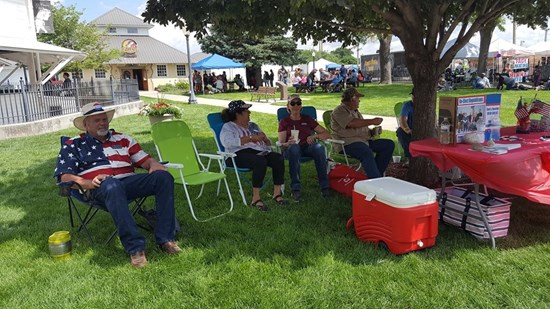 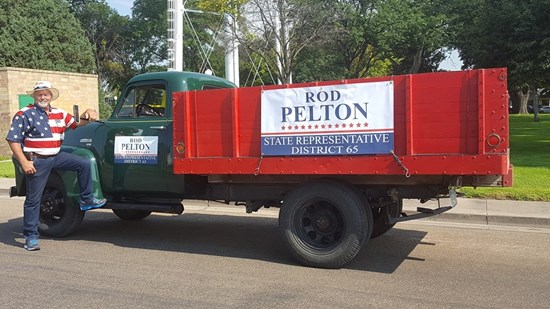 We started off the 2018 Summer Parade Season with a very patriotic and well-attended parade in Brush on July 4. 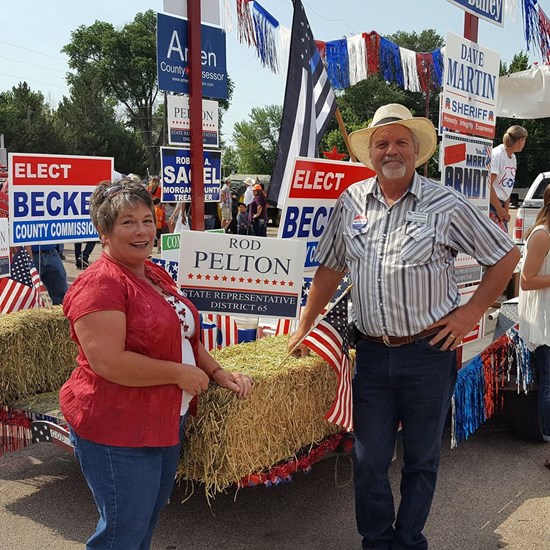 At the Colorado State Republican Multi-County District Assembly on 13, Rod Pelton was nominated unanimously by the delegates present to be placed on the Republican ballot for the Primary Election on June 26.

Laura Teague, Morgan County Commissioner, announced Saturday at the Morgan County Republican Assembly that she was withdrawing from the race for State Representative for the 65th Congressional District. This leaves Pelton as the only Republican running for the position.

We wish Laura well and congratulate her on a race well run. We look forward to having the support of all of the Republicans in the 65th Congressional District in the General Election in November.

Rod Pelton announces he is a candidate for Colorado State House District 65.

Thank you for signing up!
Paid for by the Committee to Elect Rod Pelton
Powered by CampaignPartner.com - Political Websites
Close Menu